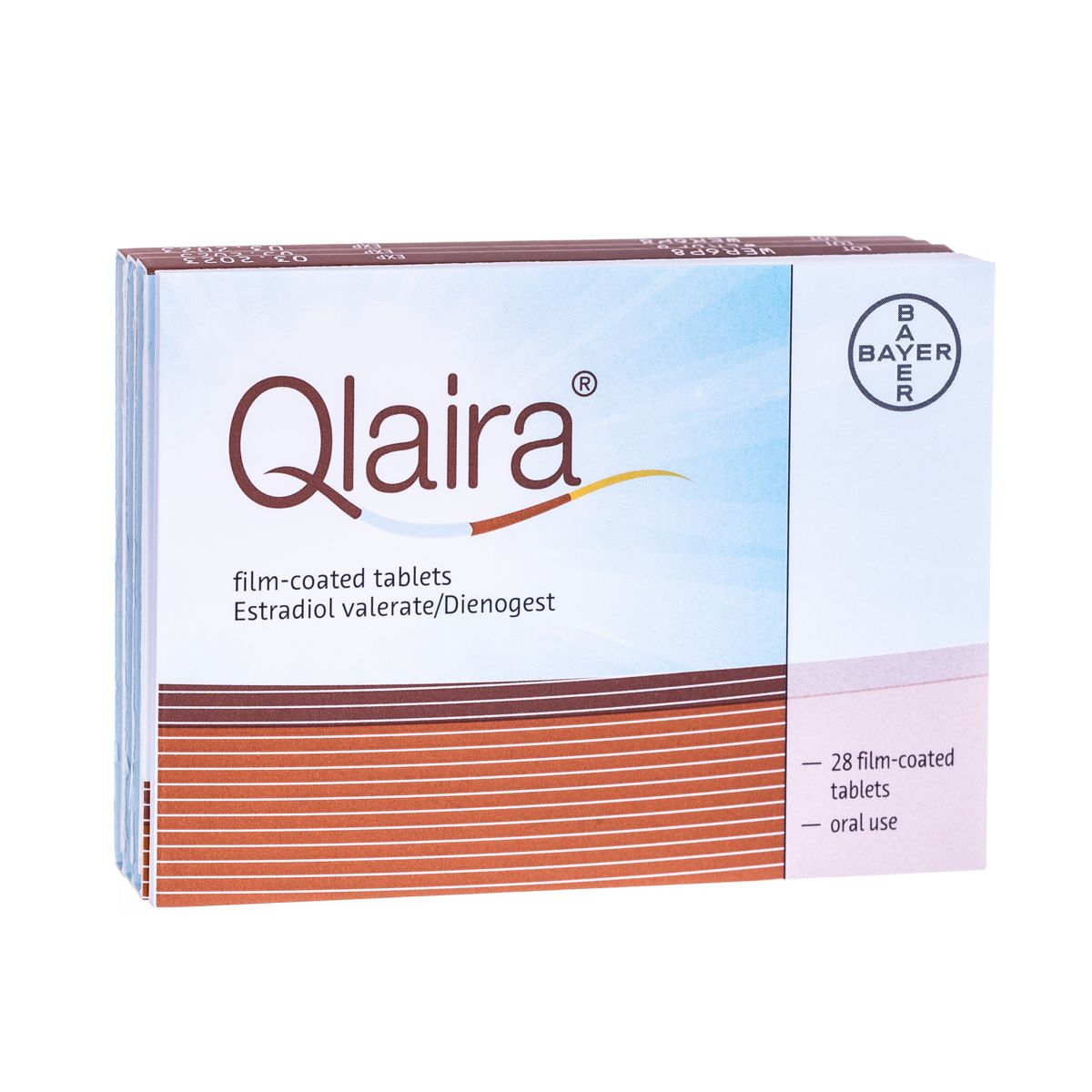 Used for the treatment of Contraceptives

Qlaira tablets are hormonal contraceptives known as ‘the pill.’ It is a combined oral contraceptive pill that combines estradiol valerate and dienogest. Estradiol is a synthetic version of the female hormone estrogen that when metabolized in the body to a form of natural estrogen. Dienogest is a synthetic form of progesterone.

Qlaira tablets contain the synthetic versions of estrogen and progesterone, two naturally occurring female sex hormones. The combination of two hormones in Qlaira works by over-riding the normal menstrual cycle. During a woman’s menstrual cycle, the levels of sex hormone change throughout each month. The hormones cause the ovaries to release an egg during the process of ovulation and prepare the lining of the womb for the possibility of a pregnancy. At the end of each menstrual cycle, the levels of the hormones fall if the egg has not been fertilized, resulting in the shedding of the womb lining as a monthly menstrual period.

The daily dose of hormone provided by the Qlaira pill works mainly by making the body believe that ovulation has already occurred. This stops the ovaries from releasing a ripe egg.

The natural mucus found at the neck of the uterus will thicken when the hormones from Qlaira are present. This makes it difficult for the sperm to pass through the neck of the womb because of the thick mucus, preventing it from fertilizing an egg in the uterus.

The hormones also change the quality of the womb lining, making it less conducive for the implantation of a fertilized egg.