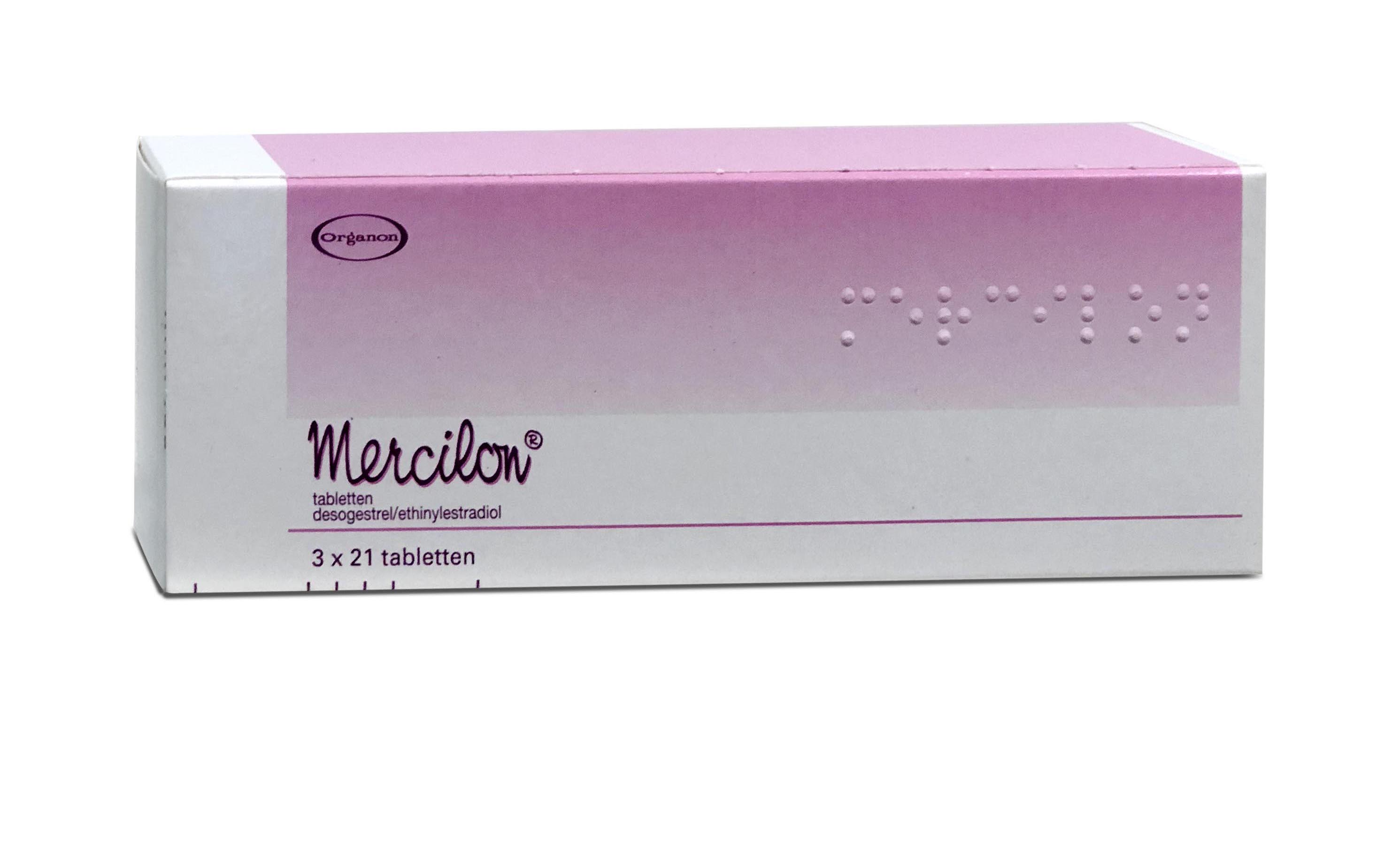 Used for the treatment of Contraceptives

Mercilon tablets are hormonal contraception commonly known as a combined oral contraceptive pill or simply the pill. It contains two active ingredients, ethynylestradiol, which is a synthetic version of estrogen, and desogestrel, a synthetic form of progesterone.

Mercilon is used to prevent pregnancy. The use of the tablets also results in less painful, lighter, and more regular menstrual bleeding. Mercilon is at times prescribed for women who are suffering from heavy, irregular, and painful periods.

Mercilon tablets contain the synthetic versions of estrogen and progesterone, naturally occurring female sex hormones. Combined oral contraceptives such as Mercilon works through an override of the normal menstrual cycle. During a woman’s menstrual cycle, the levels of sex hormone change throughout each month. The hormones cause the ovaries to release an egg during the process of ovulation and prepare the lining of the womb for the possibility of a pregnancy. At the end of each menstrual cycle, the levels of the hormones fall if the egg has not been fertilized, causing the shedding of the womb lining as a monthly menstrual period.

The daily dose of hormone provided by Mercilon works mainly by tricking the body into believing that ovulation already occurred. This prevents the ripening and the subsequent release of an egg from the ovaries each month.

The hormones in Mercilon pills also thicken the natural mucus at the womb’s neck, making it difficult for sperm to cross from the vagina into the womb and reach an egg to be fertilized. The hormones also change the quality of the womb lining, making it less conducive for the implantation of a fertilized egg.